As a resident of New England, it’s always a treat when there are notable boxing cards that are held in my area.  By that I mean I can attend a card and come home immediately afterwards.  Not that I don’t like travel overnight  to go see fights because I do.  It is a hobby of mine that I cherish.  However, there are times where I’d like to drive less than 2 hours and not worry about staying overnight, making accommodations, or schedule a flight.  Last Saturday I had the pleasure of attending the latest Matchroom Boxing offering with the main event of Demetrius “Boo Boo” Andrade defending his WBO Middleweight Title against top contender Maciej Sulecki.  It was being held at the Dunkin Donuts Center, affectionately called “The Dunk”, in Providence RI.  Providence being only an hour drive from my home.  On top of that, it was Providence’s first world title fight in 28 years.  The last time was when Vinny Paz defeated Gilbert Dele for the WBA super welterweight championship. Judging by the near sellout by looking at seating map on Ticketmaster, the city was more than ready for some world championship boxing.

The untelevised and televised undercard was lively.  Local favorite Shelly Vincent won her final career fight against Simone Da Silva in a spirited battle and then announced her retirement.  That was bookended by 2 fights that ended in 1st round knockouts.  Young prospect Otha Jones III hammered out a competitive 6 round decision over Matias Arriagada.  Local favorite Mark Deluca would win a 10-round decision over Brandon Brewer in a fantastic fight.   It was a treat for most of the crowd who managed to get in the building early to catch the action.

The main card started off with Norbelto Jimenez entering the ring for his second attempt at a world title against Kal Yafai, the WBA Super Flyweight champion.  The Dominican contingent in the audience were voicing loudly their support towards Jimenez.  Kal in contrast got a stronger than expected negative reaction from the crowd which I found amusing.  The fight itself was rough to watch at times for half of the fight.  Forearms, low blows, clashing of heads.  In the later rounds both fighters got into a groove and were landing big shots on each other.  You could feel the urgency in both fighters as they were winging hooks to the body and head.  Yafai would score the lone knockdown in the 12th round although it did look like a slip.  But the knockdown solidified the win for Yafai with scores of 117-109, 119-107, and 118-108. In the post-fight interview, as boos rained down from the crowd, Yafai stated his desire to pursue a big fight with Sor Rungvisai and the other super flyweight champions.

The co-main event would see former WBO Heavyweight Champion Joseph Parker face off against former world title challenger Alex Leapai.  Leapai was a replacement for original opponent Eric Molina. The fight started off spirited enough with both fighters throwing bombs at each other in the opening round. I’m thinking this fight is not going to last that long at this pace,  But by the 4th round, both fighters seem to have gassed out.  For the rest of the fight, short bursts of offense was the theme.  The fight was stopped in the 10th round when the ref deemed that Leapai was taking too much punishment.  It had similarities to the stoppage Guillermo Rigondeaux scored against Julio Ceja where it was competitive and not exactly the right moment where it should have been stopped.  But that is my personal opinion.

The main event had the crowd more than ready for the fight.  The reaction both Andrade and Sulecki received during their walkout was nothing short of electric.  Andrade came out with fire in his eyes.  You can see the intensity all over his face.  That first round was one for the ages.  When Andrade scored the lone knockdown of the bout in there, the response was deafening.  I thought my eardrums were going to pop out of my head.  After a couple more rounds of aggressiveness, Andrade settled down and boxed more.  Sulecki, after the knockdown, looked a little shell shocked and didn’t press the action all that much in the mid rounds.  Andrade started getting a little wild and inaccurate.  Showboating like a prime Sugar Ray Leonard used to do.  Sulecki in the later rounds would try to force the action.  Lunging in with a head of steam hoping to land that one big shot to turn things around. But it was too little too late.   The fight would end up going the distance with Andrade retaining this title by UD with scores of 120-107 x3.  At the post fight conference Andrade would emphatically express his desire to fight either Gennadiy Golovkin or Saul Canelo Alvarez next. 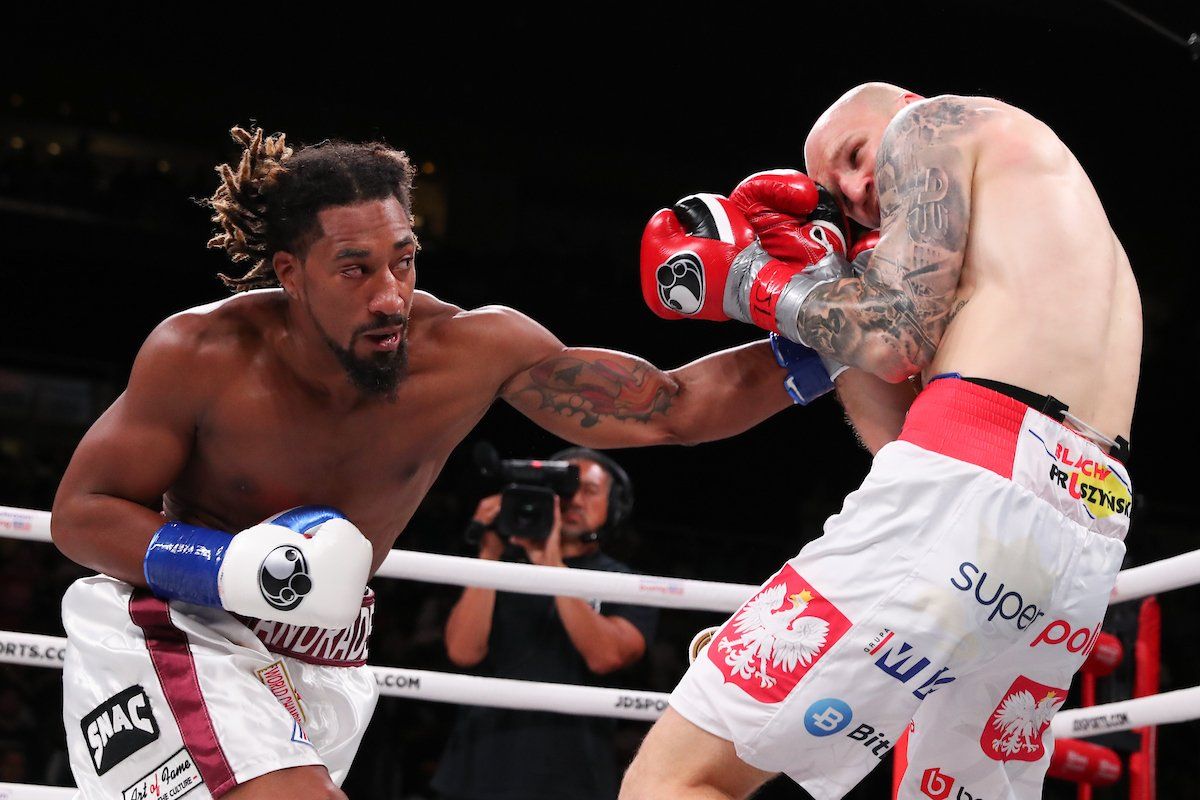 Andrade sounds off and makes his case for a Canelo or GGG fight.

Andrade put on a dominating performance over a Sulecki that had no answers. 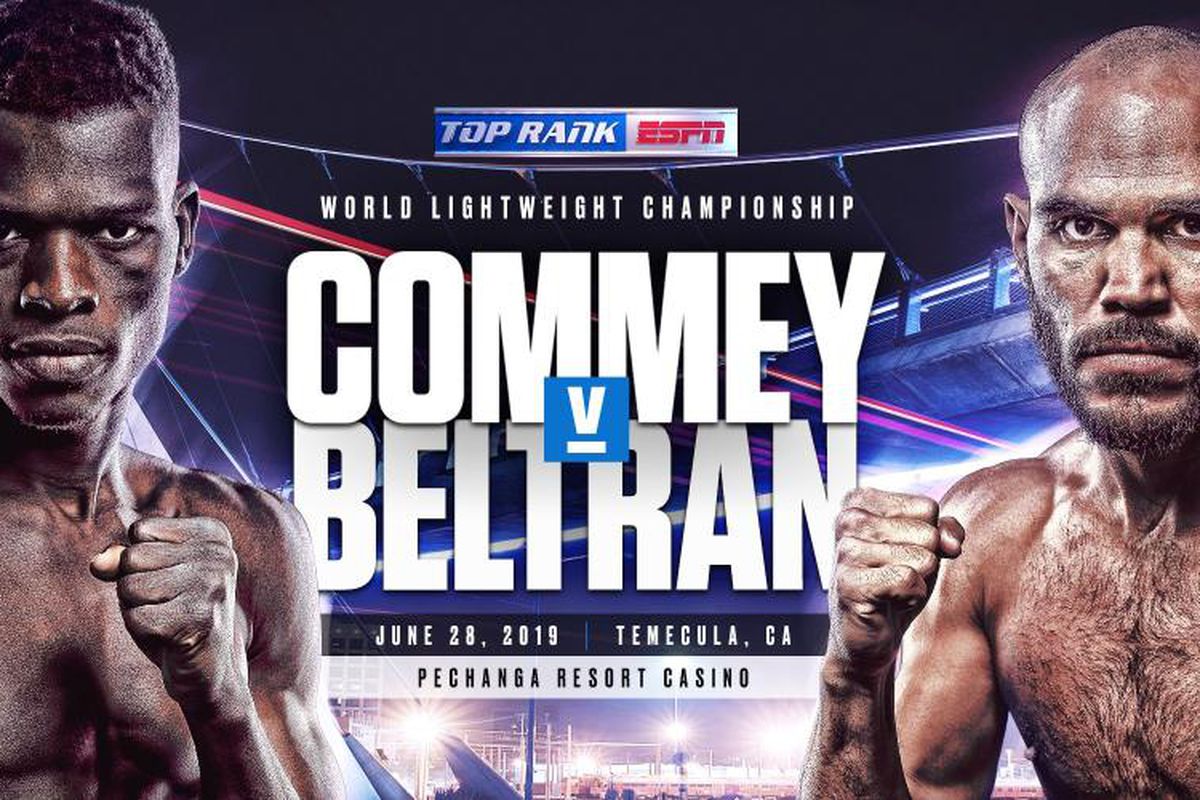