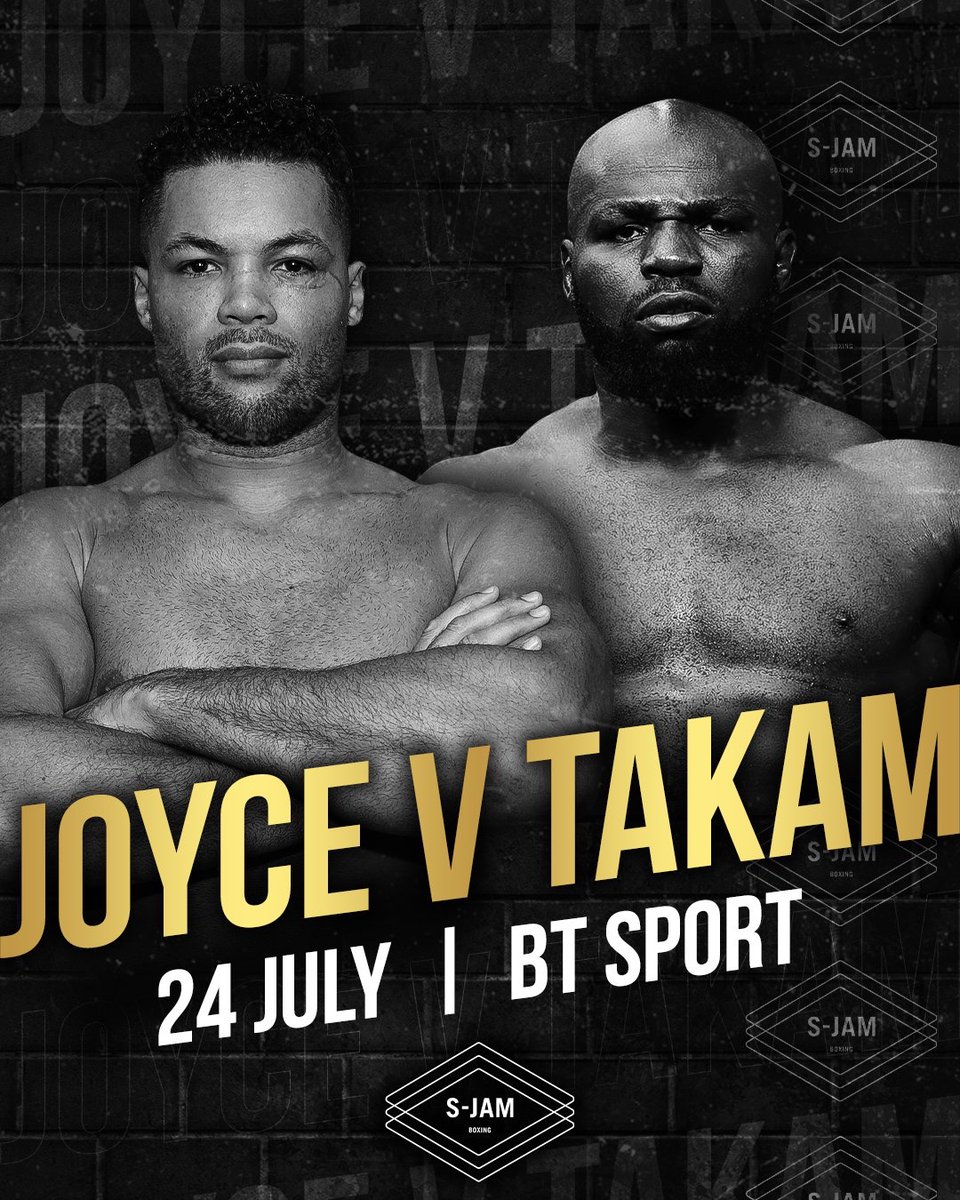 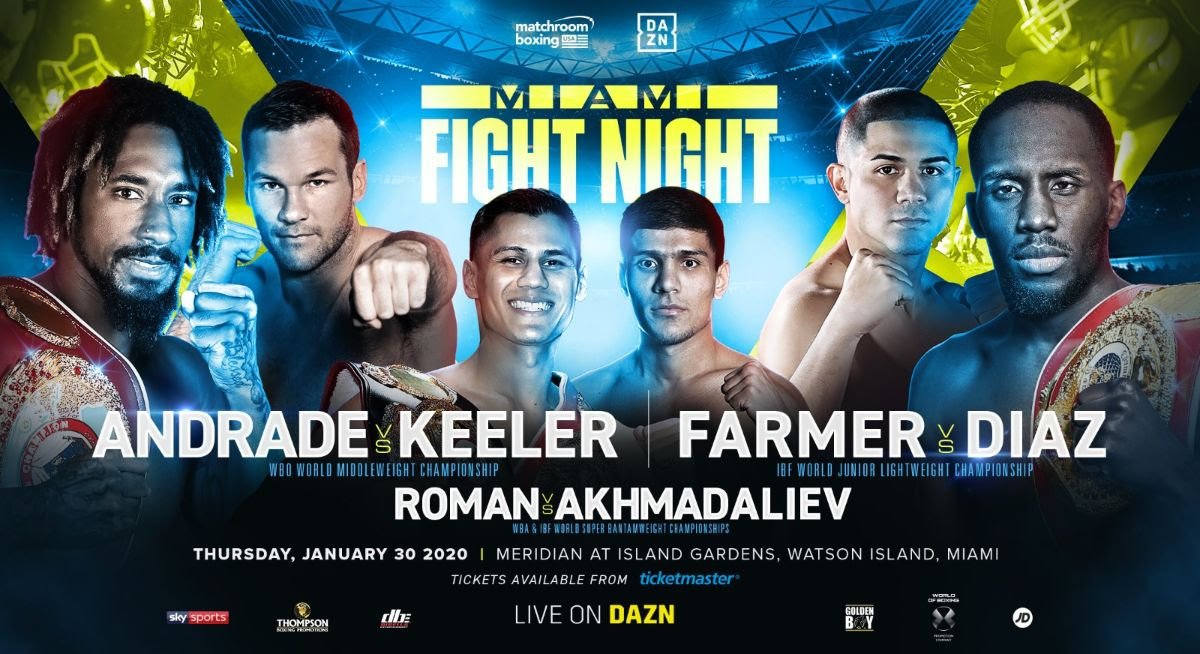 Boxing’s most stacked card so far for the year 2020 made it’s way to South Florida to ride the Super Bowl wave. The good folks over at Matchroom Boxing and DAZN aired three world title fights on a Thursday night which is highly unheard of in the states. Usually Patscorpio is our media guy for these events, but due to the rare occasion of South Florida getting a big fight, I took it upon myself to get my feet wet. Yes, my first Ring Gang Radio fight card as a member of the press was an interesting one.

In order to beat traffic, I arrived at the location around 2:45 pm which was pretty early. This would give me enough time to get situated and scope out the scenery which consisted of dirt fields and construction vehicles. I soon learned that the arena hosting the fights was built in 2 weeks specifically for this event and the Lady Gaga concert this Saturday. Media check in was set for 4pm, but was constantly being pushed back due to the lack of available seating space. This came to no surprise, since this arena didn’t seem like it was built to hold any type of combat sport. From the outside it looked big, but not big enough for three world title bouts in a fight starved city like Miami.

There wasn’t much to do except for stand around and mingle with other media members and guess the cause for delays. Check in went from 4pm to 4:45, to 5:00pm. The first bout was pushed back from 5:00pm to 5:30pm which is around the time we eventually got credentialed. From there we had to walk almost a quarter mile to the arena since the media tent was set up outside and far as hell.

It goes without saying, that I ended up missing the first couple of fights. Once inside the arena which felt like the inside of a club, it was a game of musical chairs. Media kept being moved around the arena like a bad foster kid. It wasn’t until Amanda Serrano’s fight with Simone Da Silva that was able to find a decent spot to sit.

Serrano made short work of her opponent. She walked through some decent counter left hooks before eventually overwhelming Da Silva with power shots. After this fight, the media was forced to move again. Seating was getting very limited and space to stand and watch the fight was almost mission impossible. For that reason I couldn’t fully enjoy Austin William’s quick destruction Donald Sanchez. More people were starting to arrive in the arena, but it wasn’t quite full yet. The Anthony Sims Jr. vs Roamer Alexis Angulo fight was next and damn near put me to sleep while standing up. Very skittish and flat performance from Sims Jr who seemed afraid to engage or do anything offensively meaningful. Angulo didn’t impress either, but he made the fight and pressed when Sims relented. Angulo went on to win a split decision and keep his Latino title belt. Alexis Espino would wake everyone up again with is check hook stoppage of a very game Vincent Baccus. This was the excitement everyone was looking for.

The televised card portion of the card started shortly after and things got off to a great start between unified Jr Featherweight champion Daniel Roman and hungry challenger Murodjon Akhamdaliev. The arena really started to get crowded around this time. Roman seemed to get off to a slow start as he fought behind Akhamadliev’s movement and unpredictably explosive offense. It wasn’t until 4th round where Roman started to find his groove a bit and get his own offense going. From then one, fans were treated to some violent exchanges that would push both men backwards. Although but boxers where cut and bruised, Roman seemed to be more effected by the punishment than MJ who never looked discouraged. Roman would hesitate to jab or move his hands in key moments. This proved to be fatal as he ended up losing his WBA and IBF world titles via split decision. It was close competitive fight that some felt could have been a draw, but I felt the right man edged it out. Akhamadaliev became the new unified champ. It was the first time I ever saw titles change hands at a boxing event. This was also the 2nd upset of the night.

That theme would continue during the grudge match between Tevin Farmer and Joseph Diaz. Both fighters came out strong. Farmer ended up hurting his hand in the 1st round and in the 2nd round Jojo was the victim of a nasty cut from an accidental headbutt. This wasn’t enough to stop Diaz who was determined to win a world title on his 3rd attempt. He punched in combination frequently causing Farmer to get overly defensive an eat hard shots that would tax his evasive skills. In addition, he tired Farmer out with a good body shots to the pit of the stomach. Farmer would land on occasion, especially during exchanges, but he never seemed able to mount enough offense to win rounds or control the fight. Any time he would clinch, Diaz made sure to rip shots on the inside before breaking. Jojo would eventually win the IBF Jr. Lightweight title in convincing fashion. Farmer who won their previous twitter battles, fell short where it counted most. He aims for a rematch this year.

The co feature between Youtubers Jake Paul and AnEsonGib was next, but not before a performance from NLE Choppa who’s act consisted of yelling adlibs while a couple of his songs blared over the speakers. By now, the audience reached its peak capacity. Everyone was eagerly anticipating the Paul vs Gib fight and the atmosphere from the previous entertaining bouts helped with that. The build up to the fight lasted longer than the actual fight itself. Paul who the crowd seemed to be against stopped Gib with a pretty decent right hand in the very first round. Fans also received a little verbal back and forth between Jake Paul’s family nemesis KSI afterward. Don’t be surprised if we get this fight next.

A decent amount of the crowd left before Demetrius Andrade got to defend his WBO middleweight title against Luke Keeler in the main event. This fight was always unnecessary for this event, but I digress. Andarde came out strong dropping Keeler with his first hard punch of the fight. Everybody expected a stoppage shortly after, but somehow Andrade ran into the same problems as before when it comes to finishing off over matched opponents. By the time the six round came, most of the fans had left and when Andrade finally did finish off Keeler in the 9th, even more people had left. All in all, a pretty good night of boxing with a few hiccups, but nothing entirely awful.

Hopefully this won’t be the last time Matchroom Boxing does an event down here. This was a learning experience to build from. South Florida is a great spot for quality boxing.