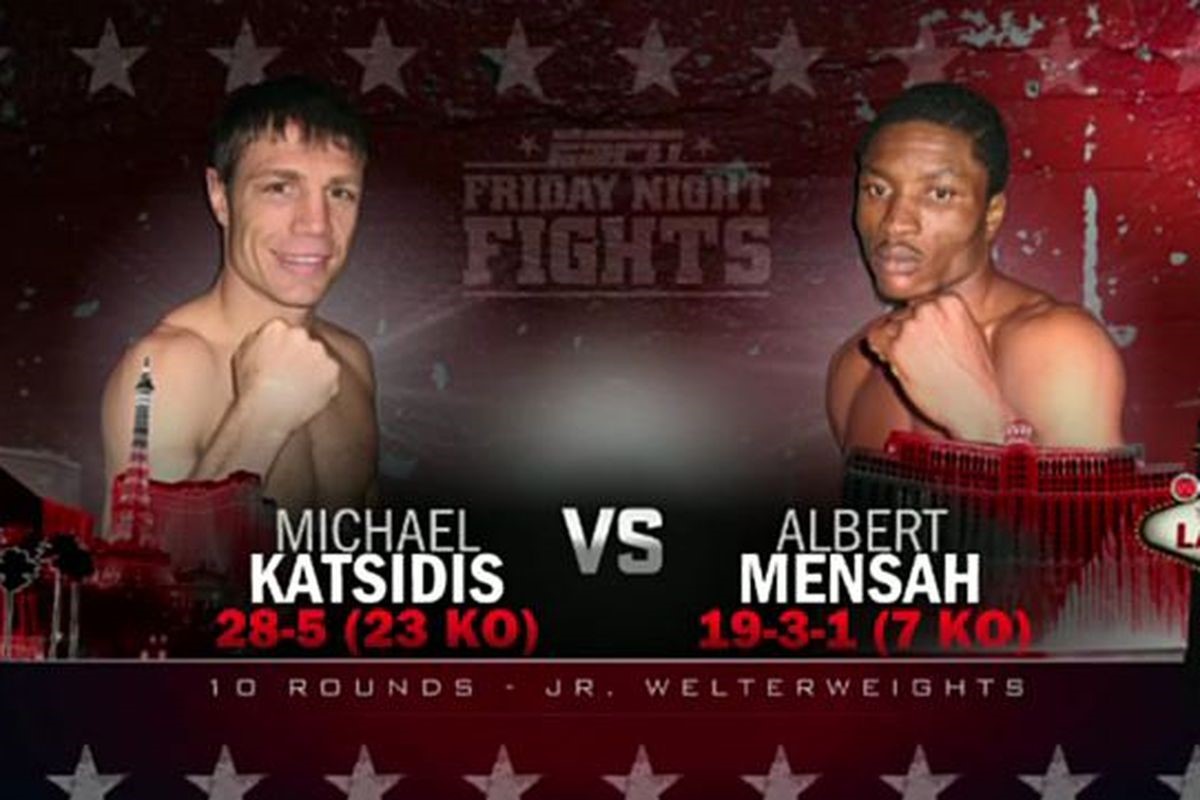 From the late 2000s to the mid-2010s, there was a fighter that seemingly wanted to continue in the footsteps of the late, great Arturo “Thunder” Gatti as a blood and guts warrior.    A fighter coming straight out of Australia, nicknamed “The Great”.  The fighter I am talking about is none other than Michael Katsidis.  The first time I ever saw Katsidis fight was on the undercard for Bernard Hopkins vs Winky Wright.  It was his HBO debut, American debut, and PPV debut.  I believe he was supposed to fight Joan Guzman for his belt, but Guzman pulled with an injury of some sort.   He faced a fighter by the name of Czar Amonsot instead.  Man, what a fight that was!!!  One of the best fights to air that year.  I could not believe the level of brutality I was watching.  It was not for the faint of heart.  At the end of the fight, both men wore the trademarks of such a grueling fight.  Katsidis’s face was lumped up from the punishment while Amonsot ended up with bleeding on the brain.  That was my introduction to Michael Katsidis.

For the next 5 years, Katsidis would go on an incredible string of hard, violent fights.  He took the likes of great fighters such as Juan Manuel Marquez, Joe l Casamayor, and Juan Diaz to their limits before going down bravely into defeat.  He also scored some nice wins over fighters such as Jesus Chavez, Vicente Escobedo, Kevin Mitchell, and Graham Earl.  Although he was never officially a world champion, he did hold a pair of interim WBO lightweight titles.  He was must see TV and at times his fights would overshadow whoever was in the main event if he were not part of the main event himself.  But with these types of grueling fights, an inevitable slide would also follow.  Starting with the Marquez fight, he would lose very decisive fights to Robert Guerrero and Ricky Burns.  Only a single win notched in the middle of those 2 fights against a modest opponent.  At the time, all 5 of his defeats were against from high level competition plus they were champions to boot.  Albert Mensah was largely unknown at the time.  I had never heard of him before prior to this.  Being a Ghanaian fighter, automatically I knew he was going to be a tough fighter.  There are very few Ghanaian fighters that I have watched over the years that were not tough.   Because of this I had my doubts that Katsidis would win this fight.  I remember an acquaintance of mine, who was a gambler, asked my opinion betting on this fight.  I think the odds were between 4 and 6 to 1.   I told him it was worth the betting risk.  Would this fight be a risk for Katsidis?

This fight took place on 4/13/2012. All Katsidis’s fights in America have aired on HBO.  This time it was different.  It would air on ESPN’s Friday Night Fights.  Another sign of the apparent downswing that the career of Michael Katsidis had took.  This would be the American TV debut for Albert Mensah.  Katsidis had largely competed at 135 during this part of career. This time he would be fighting at 140.  A crossroads type feel had been established and officially set for 10 rounds.  From the opening bell, Katsidis did not waste any time to feel out his opponent.  This fight was an exercise in violent work rate.  Katsidis looking to overwhelm Mensah immediately with blistering combinations to the head and body.  Mensah at first looked like he was taking by surprise but then quickly adjusted fighting off the ropes.  He started picking off the Katsidis’s shots in between the barrage being thrown at him.  One thing I noticed in those early rounds as they were playing out.  They were type of rounds that you could say were swing rounds depending on what you were looking at or for.  Katsidis was winning the rounds because of output.  He controlled the pace better than Mensah did. Katsidis has pop in his punches for a volume puncher but nothing that visibly dissuaded Mensah at all.  On the other hand, Mensah when he landed, visibly shook up Katsidis.  That would set up a big 4th round for Mensah.  It was the only round in the fight where both fighters would throw more than 100 punches in a round.  It was also the only round that Mensah out landed Katsidis as well. He got out of the tight defensive shell he was fighting out of and began to hammer Katsidis with heavy shots.  What possessed Katsidis to continue moving forward with his head being snapped back repeatedly is beyond me.  Even being backed up against the ropes, Mensah would fire off hard counters and land.

The 5th and 6th rounds would follow similarly. When Mensah had a lull in his offense, Katsidis controlled the tempo.  When Mensah threw back, he was landing on 3 shots to 1 ratio.  After that round, you can see that Mensah was starting to gas out. This would lead to a clear 7th round for Katsidis who took advantage of this.  His nonstop punching had Mensah temporarily shelling up with his back to the ropes.  Katsidis right hands were also finding its way around and through the guard of Mensah. Mensah was still trying to find that second wind, but he did take the shots well as the bell rang to end the round.  In round 8, the fight had an equal ebb and flow with each fighter having their moments in it.  Katsidis eyes now showing the effects of the punishment he had absorbed in the bout so far. It would be for all intents and purposes his last hurrah in the fight.  In round 9, Mensah found his second wind and came nearly close to stopping a rapidly fading Katsidis, who was starting to falter.  The punishment had accumulated.  An uppercut that landed flush on Katsidis knocked out his mouthpiece.  A pair of vicious left hooks wobbled Katsidis badly much to the concern of Teddy Atlas.  Another furious barrage of punches from Mensah had Katsidis in trouble at the end of round.  All I could is marvel at how Katsidis stayed upright.  Even with all that, the fight still felt it was close.  On Teddy’s scorecard, he had Mensah up by 1 going into the 10th and final round. Katsidis cornermen imploring to let loose with all he had.  There was not much left as Mensah picked up where he left off and poured on the punishment.  Katsidis throwing punches back and constantly losing his footing doing it.  His face resembled a Halloween mask.  It was just ghastly to look at. His punches were of the arm variety. There was nothing behind them whatsoever. Al l the hard shots that landed in that round came from Mensah clearly.  When the final bell rang, the crowd showed their appreciation for the war they had witnessed.

Now there were some swing rounds that could have gone either fighter’s way.  Personally, I thought Mensah won the fight 96-94 (An official judge score) with his performance in the final round sealing it.  It was also close enough to be a draw (Another official judge score) or even a 96-94 for Katsidis.  However, there was no 98-92 (official judge score for Mensah) in this fight whatsoever for either man.  But Mensah was able to pull off the upset with a majority decision.  The punch stats for this fight were incredible to behold.  If you look at the screenshots below, Katsidis threw in triple digits in 8 of the 10 rounds for 1,148 total punches.  Mensah, no slouch himself with the work rate, had 870 total punches thrown.

For Albert Mensah this would put him on the world scene.  However, it would be for a very brief amount of time.  Decision losses to Denis Shafikov and Cesar Rene Cuenca (this was an IBF 140 eliminator) would halt his ascension up the super lightweight rankings.  He would never regain the momentum of his win over Katsidis.  Mensah last fought in 2019 and he may still be an active fighter today.  COVID has forced plenty of fighters take extended, unfortunate breaks from the sport.  This fight had all but confirmed that Michael Katsidis expired as a fighter and his status as a top fighter was finished.   There were plenty of concerns around the time of his health.  In 2013 before a scheduled fight, a CAT scan showed he had scarring on the brain.  Because of this, he was advised to retire which did albeit temporarily. He would attempt a comeback the following year after nearly 2 years off.  A repeat win over an overweight Graham Earl would be the final win of a notable opponent in his career before being shockingly ko’ed in 2 rounds by Tommy Coyle.   He would then go 3-1 against very non-descript competition in Australia to close out his career in 2017.  In retirement, Katsidis has led a very quiet life outside of a few news blips of alleged drug use.  Looking at his Instagram, he seems to be healthy for a man in his now early 40s.  We all hope that he continues stays that way.  Still does not take away from highlighting an extraordinary fight with extraordinary effort from both men.  Full recommendation to watch.