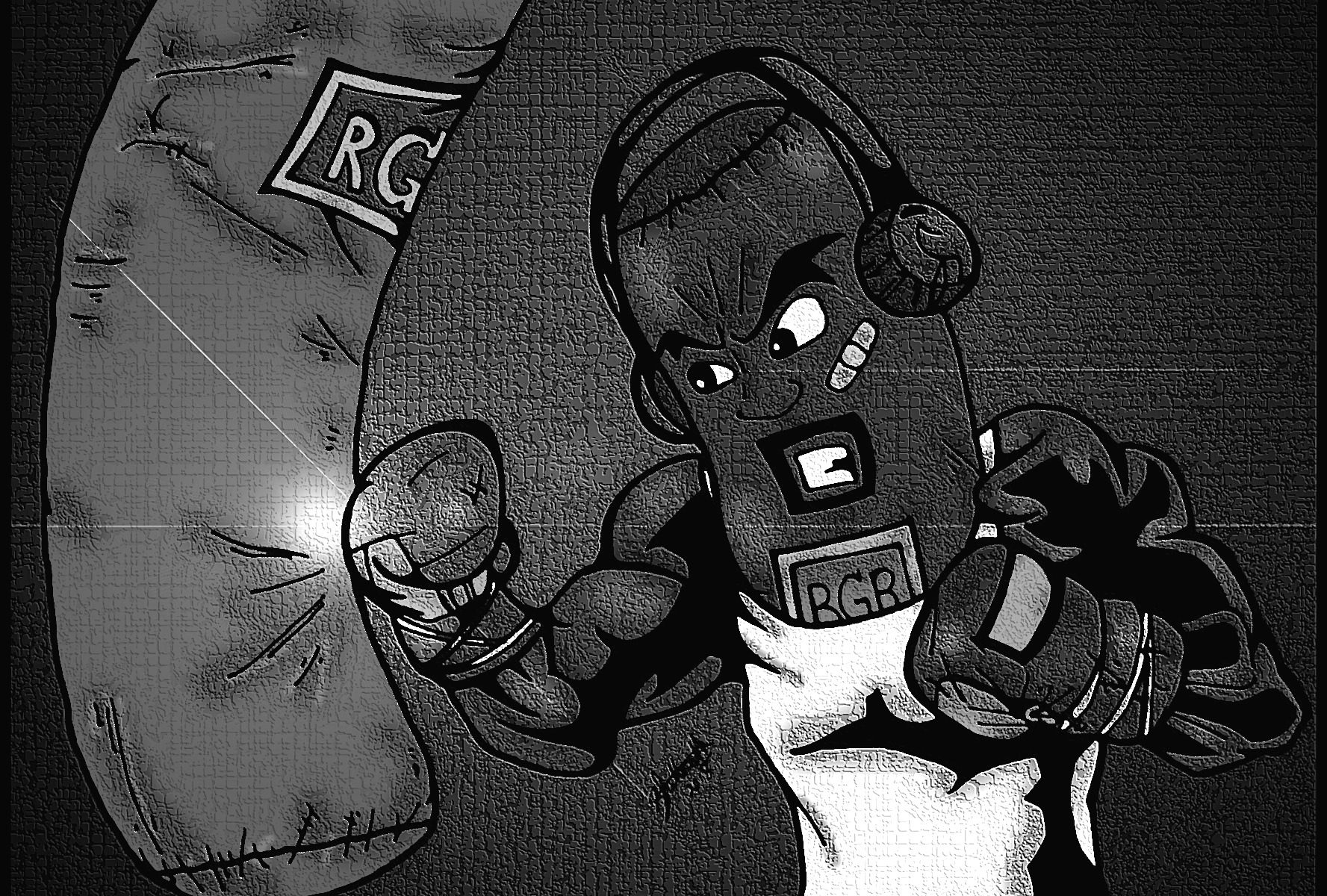 Shobox for years has been where many fighters who were up and coming prospects received their first taste of national exposure.  It boasts a sizable alumni of fighters who would go on to become world champions.  Esteemed names such as Tim Bradley, Ricky Hatton, Shawn Porter, Errol Spence, Chad Dawson, Andre Ward, etc., etc.  However we can’t forget about the prospects that fought on those Shobox cards that unfortunately were not able to reach world champion status.  Two prospects who put on what I consider the greatest fight ever aired on it:  Ebo Elder v Courtney Burton.

Ebo Elder debuted in 2000 at light welterweight after a successful amateur career.  He rose to attention with wins over highly regarded prospects such as Emmanuel Clottey and a then undefeated Oscar Diaz.   Ebo would also become a born again Christian following out of ring issues that nearly derailed his career.  Courtney Burton debuted in 1996 after a successful amateur career as well.  In 2003, he burst upon on the world title scene with back to back knockout wins over faded former world champions Gabriel Ruelas and Angel Manfredy.  This would lead to an IBF title eliminator against Julio Diaz where he would come up short.  He then rebounded with a disputed win over Emmanuel Augustus.  The stage was set but nobody who caught this fight live, in person or TV, would expect it to play out the way did.

Man talk about a closet classic.  Both men just bombed away from jump.  Fast paced action from the start that never let up.  Burton was switching up his stances constantly which you can see was visibly confusing Ebo and blasting away with his left hand.  There was a point deduction in round 6 on Ebo for repeated low blows.  But Ebo kept plugging away and in the process was absorbing tremendous damage.  His face was a grotesque mask of pain, cuts, and lumps.  His eyes were so swollen it is a wonder that he was able to see anything.  Many times you could see Ebo staggering to his corner at the bell and wondering if the ref was going to stop this.  Courtney was giving it as good as he got for ¾ of the fight.  Toe to toe action galore.  Ebo’s pressure eventually got to him and wore him out leading to the increased amount of punishment that Courtney ended up taking.    In the 12th and final round, Ebo summoned one final reserve of energy and strength.  With 1:14 left in the fight, Ebo walloped with a brutal straight left hand that sent Courtney into the ropes.  Desperately trying to hold on but Courtney instead took another left hand and snapped his head all the way back and put him on the canvas. Courtney got up but was in serious trouble.  He backed up with Ebo in pursuit.  Ebo then landed one more straight left followed with a right and left that sent Courtney down and out under the ropes.  The ref waved it off immediately.  The climax of this fight captured perfectly as Ebo sunk down to his knees exalting God for the victory. He then would go over and pray with Courtney, who was sat up and put on a stool in a unique show of sportsmanship and respect.  After which Ebo mentioned to him over and over that he was a “bad dude”.  2 of the judges had Ebo ahead 106-102 and 105-103 while one judge had it even at 104-104.  So the fight was still up for grabs for both men.  A pure gut check ending to an incredible fight.

The drama and the brutality of this fight is the reason for its “Forgotten Fade” status.  I found a first-hand account of this fight from Ebo himself on his Facebook page.  Ebo said “I fought Courtney Burton, who was then ranked #4 in the world in the lightweight division in a “title eliminator”, where the champion, Juan Diaz, would have to fight the winner. In undoubtedly the most brutal fight of my career, God intervened in the last round. My jaw was broken, my kidneys were bleeding, and blood was running from cuts over both of my eyes. In spite of my complete fatigue, injuries and a powerful left that nearly took me out, the Holy Spirit came upon me with 2:05 left in the 12th round.”   For him this would be proved to be a pyrrhic victory and the last win of his career.  9 months afterwards, he would receive a WBA lightweight eliminator shot against Lakva Sim and get stopped in the 12th and final round.   His final fight would take place on season 2 of The Contender where he would get stopped in 4 by Michael Stewart.  After that he would retire to become an evangelist and a motivational speaker.  Courtney Burton would fall even harder.  Equally ruined, he would get ko’ed in 3 straight fights after to Rolando Reyes, Juan Lazcano, and, in a rematch, Emmanuel Augustus.  He would retire in 2006 but come out of retirement almost 4 year later.  He would win one fight against a journeyman before losing a decision to a then undefeated prospect Vernon Paris.  He would retire again for good after that loss.    As always highest recommendation to watch.  Don’t just take my word for it, see for yourself.