A new take on the age old argument in boxing about taking the title away from the champion in order to win the belt.  Written by Shutterworth

A Tale of Two Fights

This world we live in is filled with extremes and opposites and boxing deeply reflects that. One of the oldest sayings in the sport of boxing is that you must take the title away from the defending champion if you want to win. I know there’s some who disagree with this premise since it can subtly imply that you’re giving the champion the benefit of the doubt during close rounds. Another interpretation of the old saying is that boxing your opponent simply isn’t good enough. Those that agree with the old saying probably imagine the contender climbing the summit of his strength in a Rocky like performance to batter the champion defenseless in a title winning effort. Of course, that epic visual looks a lot more dramatic than someone calmly boxing on his backfoot without a care in the world. Although both sides have an argument, neither can come to a common ground for this ageless debate.

I feel the true answer to this passionate subject lies somewhere in the middle of the two extremes. When you break down the two major strengths of each ideology you’re left with composure and effort. The spirit of the underdog is composure. Knowing how to stick to your game plan amidst adversity is to believe in your boxing. You understand that if you work behind your jab, that more opportunities will come. Winning the title is only a matter of time. Those that disagree with the whole you must take the title away from the champ saying would probably agree with my composure breakdown. On the other hand, we have effort which is the foundation of every action including fighting. Those famous boxing movie scenes where the underdog beats the odds all have one thing in common. Each fighter exerts herculean effort in their performance. We might overlook the inner composure the boxer is showing while implementing their strategy because we’re too busy being impressed by their grit and determination. Sometimes we might give the lack of skill a subconscious pass due to seeing effort and hustle become successful. Composure resides on the boxing side of the spectrum while effort lies on the fighting side of the spectrum. Most boxing fans due to their individual preference, subconsciously choose a side of the spectrum and proceed to view a championship fight in that way.

There shouldn’t be a separation between composure an effort. Both are at their best when they reinforce the other. Sound boxing is nice on its own, but if the effort behind the approach is passive, you’re going to end up not getting the most out of your skills. Too often have we seen a skilled challenger let a fight that was up for grabs go to the champion because they failed to take the initiative and attack more. Good effort can be impressive, but the notion wears off if there aren’t enough skills to back that effort. I’m positive the reader has seen a fight where the challenger hurls haymaker after haymaker for twelve rounds in a valiant effort that was unfortunately void of any adjustment which would have made those wild punches land more effectively. With all the pressure that comes along with preparing for a world title shot, is it too much to ask of a boxer, to expect them to stay composed during adversity while giving maximum effort in the implementation of their strategy?

Boxing is a battle of doubles. There are two boxers along with two opposing strategies fueled by two different ideologies. With that said, there should only be one way you should view the fight. That view is the one that sees which boxer displays the better more consistent combination of composure an effort. The champion doesn’t get the benefit of the doubt for not looking too bad and the challenger doesn’t get rewarded for having a few bright moments. There’s no preconceived notions of what each boxer should do to fulfill your personal preference. Its just two boxers fighting for their own truths.

Written by Shutterworth the Goat Artist

published on RingGangRadio.com on November 28, 2018 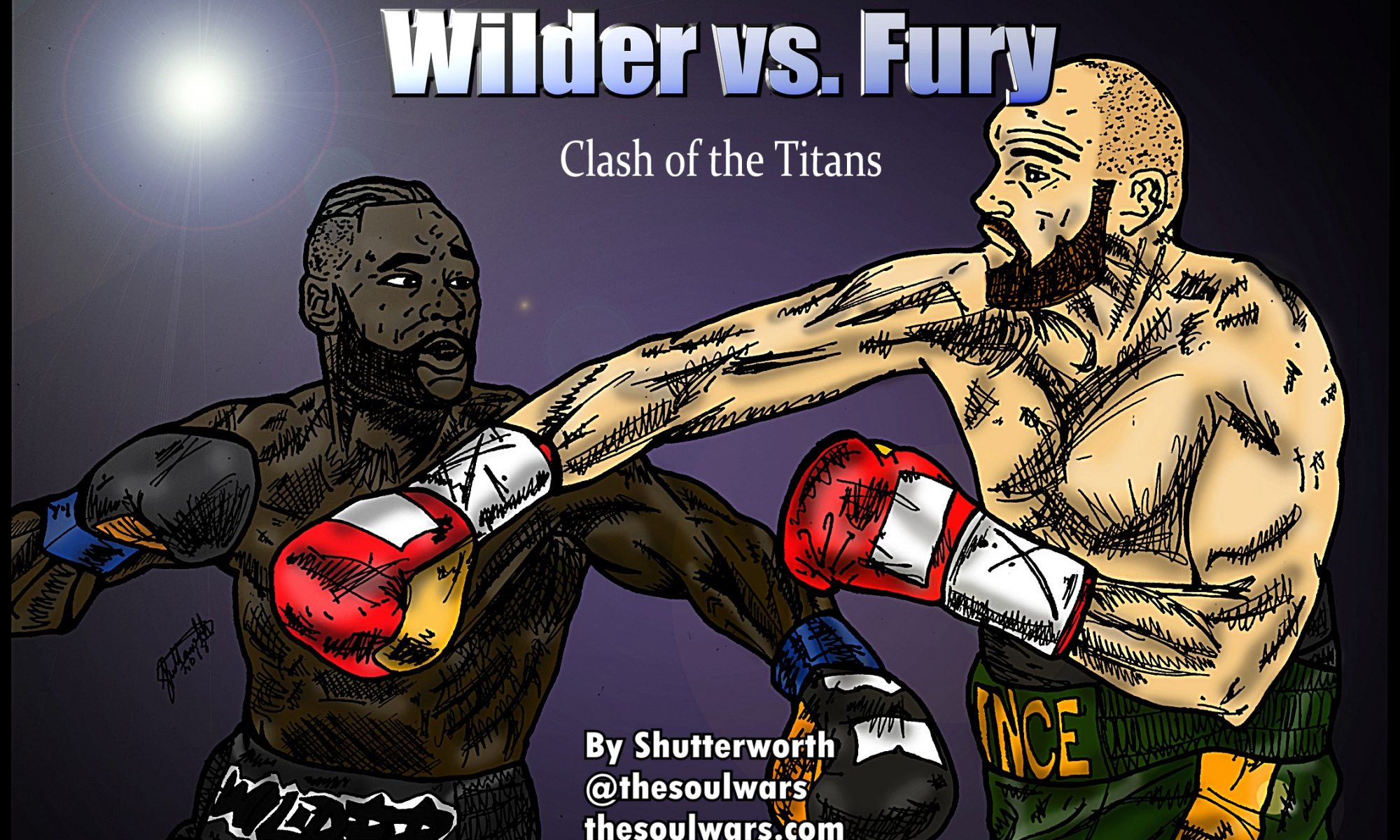 If you didn’t care about this fight before, you might change your mind after this little altercation.

Have trouble getting some shut eye? 😴 Well we're here to help. #RingGangRadio presents: "Nightly Knockouts🌙"…our new nightly series of only the best KOs🥊showcasing others who assisted those who needed help laying down 🛌 Tonight's entrant is from former 2 time heavyweight champion "Terrible" Tim Witherspoon. In his prime Tim was a very formidable fighter who possessed a fearsome overhand right in his arsenal. As the old adage in boxing goes, power is the last to leave a fighter. Darroll Wilson learned this fact the hard way. A past prime Terrible Tim put him to sleep in a rather precarious position in only 2 rounds 😴😴 😴😴. #RingGangRadio…The Best Boxing Network Across The World 🌍🥊 ••• #floydmayweather #royjonesjr #miketyson #canelo #mannypacquiao#boxing #usaboxing #ukboxing #brutal #errolspencejr #deontaywilder #terencecrawford #adrienbroner #boxeo #ko #ufc #boxeomexicano#wwe #knockout #timwitherspoon #darrollwilson #hboboxing #heavyweight #boxing #fight #nightlyknockouts

Welcome to Ring Gang Radio.  Home of the realest boxing podcast and bars and boxing.  In addition, we’ll have news articles, training videos, and merchandise for sale on here as well.